I know I have told you this story before, but I think it's really important that you now...

I was NOT the #1 pitcher until well into high school.

I have the proof. 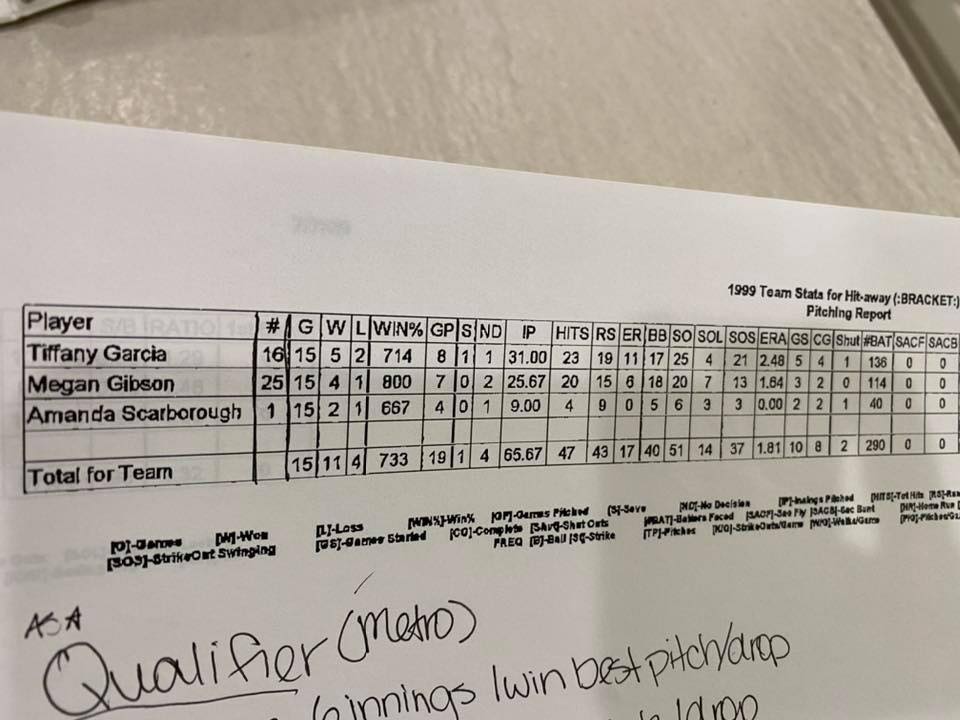 I was the #3 pitcher on the team (by a long shot according to the # of innings pitched).

A constant theme in my inbox right now is a complaint about mound time you’re getting on your teams.

It seems to be that your daughters are working hard and you’re paying good money for the teams you are on.

Those two things do not alway equal even amounts of playing time.

Playing time being “fair” is dependent on who you are talking to and perception.

You can even see my ERA was the lowest (even though based on 9 innings of work), but I’m sure my coaches saw something that I didn’t.

It didn’t keep me from working hard.

It didn’t keep me from wanting to continue to be a pitcher.

And I know with certainty that it was my mechanics & strong foundation that led me to continue to build and grow over time.

While there were hard, difficult, cry-it-out moments, I obviously stuck with it. And it paid off. I would later get a full scholarship to Texas A&M, be a two time All American and play in two WCWS.

Getting mound time is important.

But if you let ONE YEAR affect how you view pitching and quit because you weren’t getting enough playing time, then you were probably in it for the wrong reasons to start.

There’s a teaching moment behind every door you open in sports.

Which do you choose?